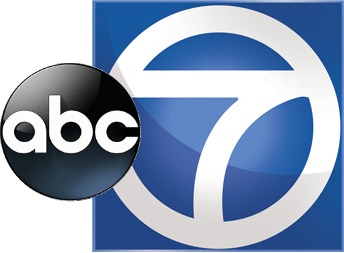 WASHINGTON, D.C. (ABC7) — The National Organization on Disability is proud to partner with actor and comedian Danny Woodburn, best known for his role on NBC’s Emmy-winning show Seinfeld, to promote equality and inclusion for Americans with disabilities, especially as the COVID-19 pandemic continues to negatively impact our community at both an individual and collective level.

But first, Danny began the interview by acknowledging the widespread protests against racism and police violence sparked by the death of George Floyd in Minneapolis, and commented on how racial discrimination, like COVID-19, has also disproportionately impacted those with disabilities since the prevalence rate is highest for African Americans.

“I want to recognize that other virus that is affecting America, the racism and police brutality that caused George Floyd’s murder and its aftermath has definitely put the underserved, underrepresented and low socioeconomic communities at greater risk. The system that’s in place has never worked for minorities, and it’s been devastating. And there’s an overlap of that devastation that affects people with disabilities.

“One cannot help but see some of these parallels of discrimination in employment, education, financial independence – and yes, police brutality. People of color make up a large percentage of the disabled community, and at the national level African Americans are two-and-a-half times more likely to have a disability than whites. So there’s no coincidence that roughly a third to half of all victims killed in police brutality are people with a disability.

“People who protest are vital, absolutely vital. But when communities are destroyed by a few, it can destroy access to food, medicine, drugstores, pharmacies, essential services […] which for some of us [with disabilities] can be a death sentence, and that population is largely people of color.” – Danny Woodburn

This video was originally published on ABC-7 Washington, D.C.