Disability Rights Under Attack by Congress

“Everyone is just one bad day away from needing accessible options the #ADA requires to help them get around,” tweeted Sen. Tammy Duckworth. 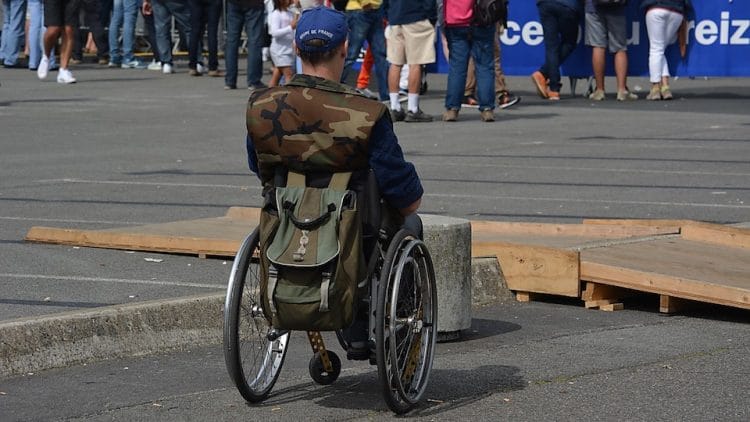 HR 620, the ADA Education and Reform Act of 2017, requires people with disabilities to file a formal complaint with the Justice Department if they are denied access to a public place. The business in question has 60 days to acknowledge the complaint and then another 120 days to make “substantial progress” in correcting the ADA violation. They are not during this time required to actually fix the problem.

Only after this six-month period can people with disabilities take legal action — if the business has made no “substantial progress,” a subjective term that means the problem could remain unsolved forever. Businesses are left with no incentive to actually fix the problem — which never should have existed in the first place under the 28-year-old ADA.

No other civil rights statute imposes such requirements. But the House passed the bill 225-192.

Supporters of the bill say it will prevent people from filing frivolous lawsuits against businesses while allowing for a “notice and cure” period.

But defenders of civil rights for people with disabilities say the bill essentially lets businesses off the hook for complying with ADA, which has been in place for nearly three decades — while putting the burden of the real “reform” right on the group whose rights are supposed to be protected.

“The idea that places of public accommodation should receive a free pass for six months before correctly implementing a law that has been a part of our legal framework for nearly three decades creates an obvious disincentive for ADA compliance,” Democratic Rep. Jim Langevin of Rhode Island said during debate on the House floor.

Langevin, the first quadriplegic to serve in Congress, lives with the reality of a disability each and every day and has since he was 16 years old — before the ADA was enacted.

“Has the Congress really become so divorced from the human experience of the disability community that we’re willing to sacrifice their rights because it’s easier than targeting the root of the problem? Are people with disabilities, people like me, so easily disregarded?” he said.

Following the vote Langevin said in a statement that “justice delayed is justice denied,” adding that he is “saddened that Congress sent a message to people with disabilities that we are not equal, or worthy of the same civil rights protections as others.”

Sen. Tammy Duckworth (D-Ill.), who lost both her legs while serving as an air assault helicopter pilot in Iraq, posted a series of tweets ahead of the House’s passage urging Congress to vote against the measure.

“Ever since I lost my legs when an RPG tore thru the cockpit of my Blackhawk I was flying over Iraq, getting around has been difficult—even w/the #ADA, I can’t always enter public spaces & have to spend a lot of time planning how to get frm 1 place to the next,” she wrote.

“I understand that not everyone thinks about these things because for most of my adult life I didn’t either. But the truth is that everyone is just one bad day away from needing accessible options the #ADA requires to help them get around,” she added. “If you don’t live with a disability, you might not think of #ADA violations as significant at 1st glance, but I assure you they’re significant for those of us who do live with disabilities.”

Tom Ridge, former governor of Pennsylvania and chair of the board of the National Organization on Disability (NOD), also pointed out the negative impact this bill will have on businesses.

“In my work with the National Organization on Disability, I have had the opportunity to witness firsthand the benefits that leading companies reap from welcoming employees and customers with disabilities. This bill would rob businesses of the customers and the talent they desperately need,” he added.

“’Substantial progress’ is the same as ‘due process’ that was used as an endless stall tactic by the South to avoid legally mandatory desegregation,” said Luke Visconti, CEO of DiversityInc and vice chairman of the board for NOD.

Indeed, according to Nielsen (No. 32 on the DiversityInc Top 50 Companies for Diversity), the power of people with disabilities in the consumer market should not be underestimated: “More than one in three households in the U.S. has a person that identifies with a disability, representing spending power that exceeds $1 billion.”