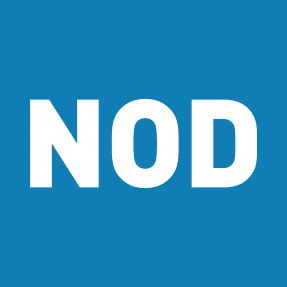 NEW YORK (OCT. 10, 2018) – The National Organization on Disability (NOD) – in partnership with several of America’s leading companies – has launched “Look Closer,” a public-awareness campaign urging employers and recruiters to consider the tenacity and perseverance of people with disabilities when hiring new talent. 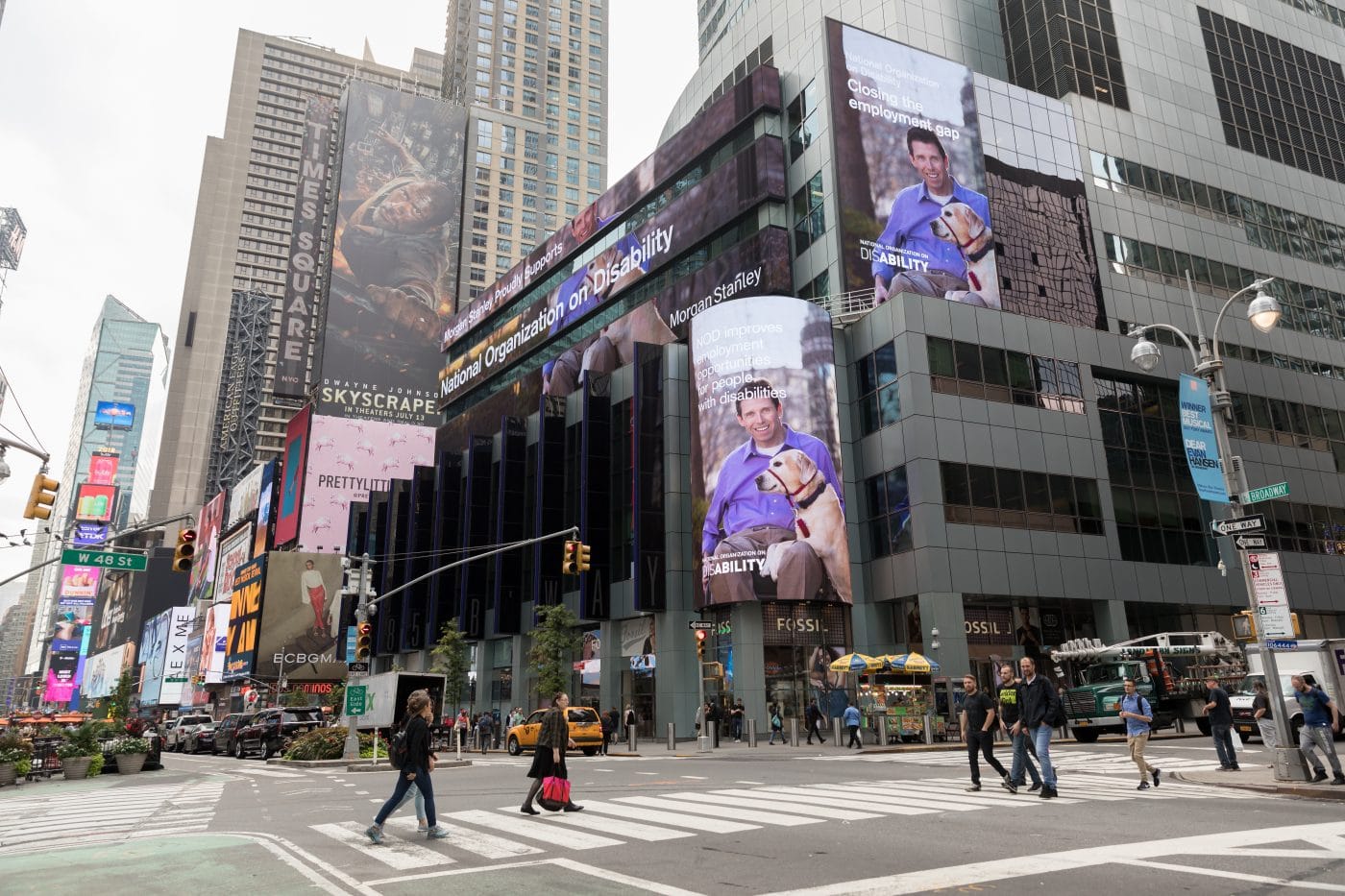 NOD and some of the world’s most influential companies, including Anthem Inc., ConantLeadership, Diversity Inc., EY, The Hershey Company, Prudential Financial, PwC, Spectrum and UPS, are raising awareness and bringing about real change in how and who we hire. These nine companies, which together employ more than one million people and earn annual revenues topping $250 billion, have joined forces to support this movement and have pledged their commitment to advance disability inclusion within their own workplaces. 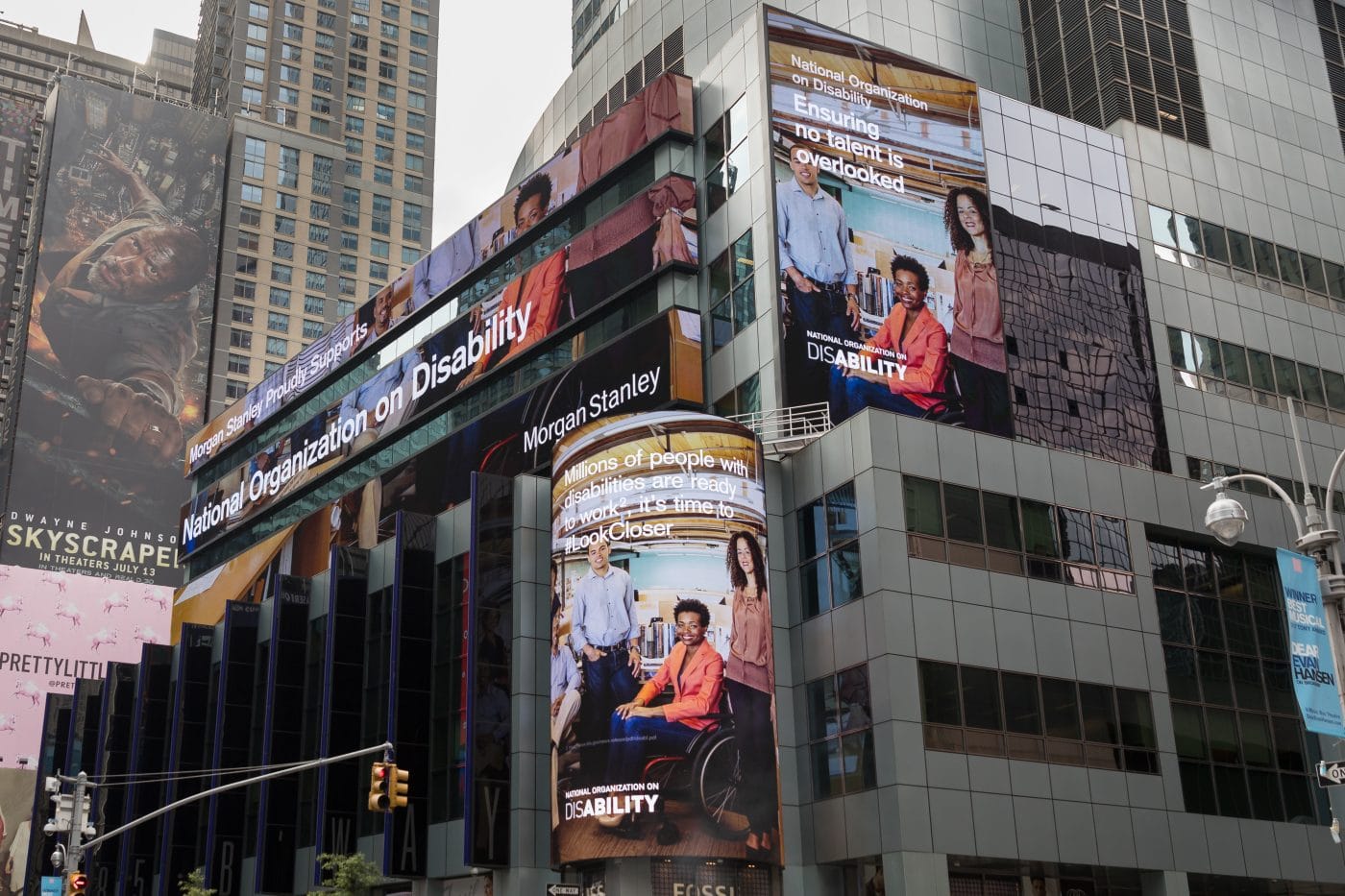 “These companies have planted a flag and said this is an issue that is of tremendous import to them,” said NOD President Carol Glazer. “We hope others will follow their lead. They know that people with disabilities are resourceful and determined problem-solvers that have made their workplaces better.”

The multi-media campaign was unveiled in Times Square thanks to the generosity of Morgan Stanley. Their “Lights on Broadway” initiative, which provides ad space to nonprofits, brought the “Look Closer” campaign to the giant screens of their headquarters at 1585 Broadway in the heart of New York City. 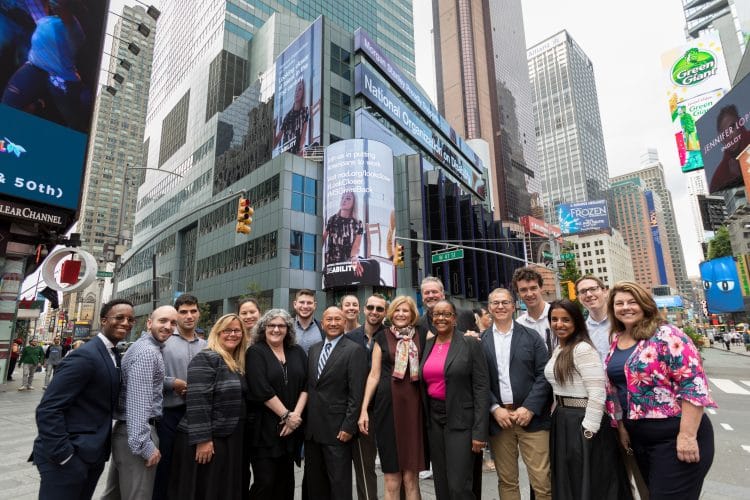 Coinciding with National Disability Employment Awareness Month, the “Look Closer” campaign is highlight the 20 million Americans with disabilities who are innovative and know how to get things done—but are not employed.

“Millions of Americans with disabilities are ready to work. We need hiring and recruiting managers to look closer at their abilities and consider this largely untapped talent pool,” said Governor Tom Ridge, NOD Chairman and the first U.S. Secretary of Homeland Security. “There is reason for optimism. Today’s strong economy is forcing employers to consider talent that they might previously have overlooked. We all must ‘Look Closer’ and recognize the extraordinary talents of people with disabilities.” 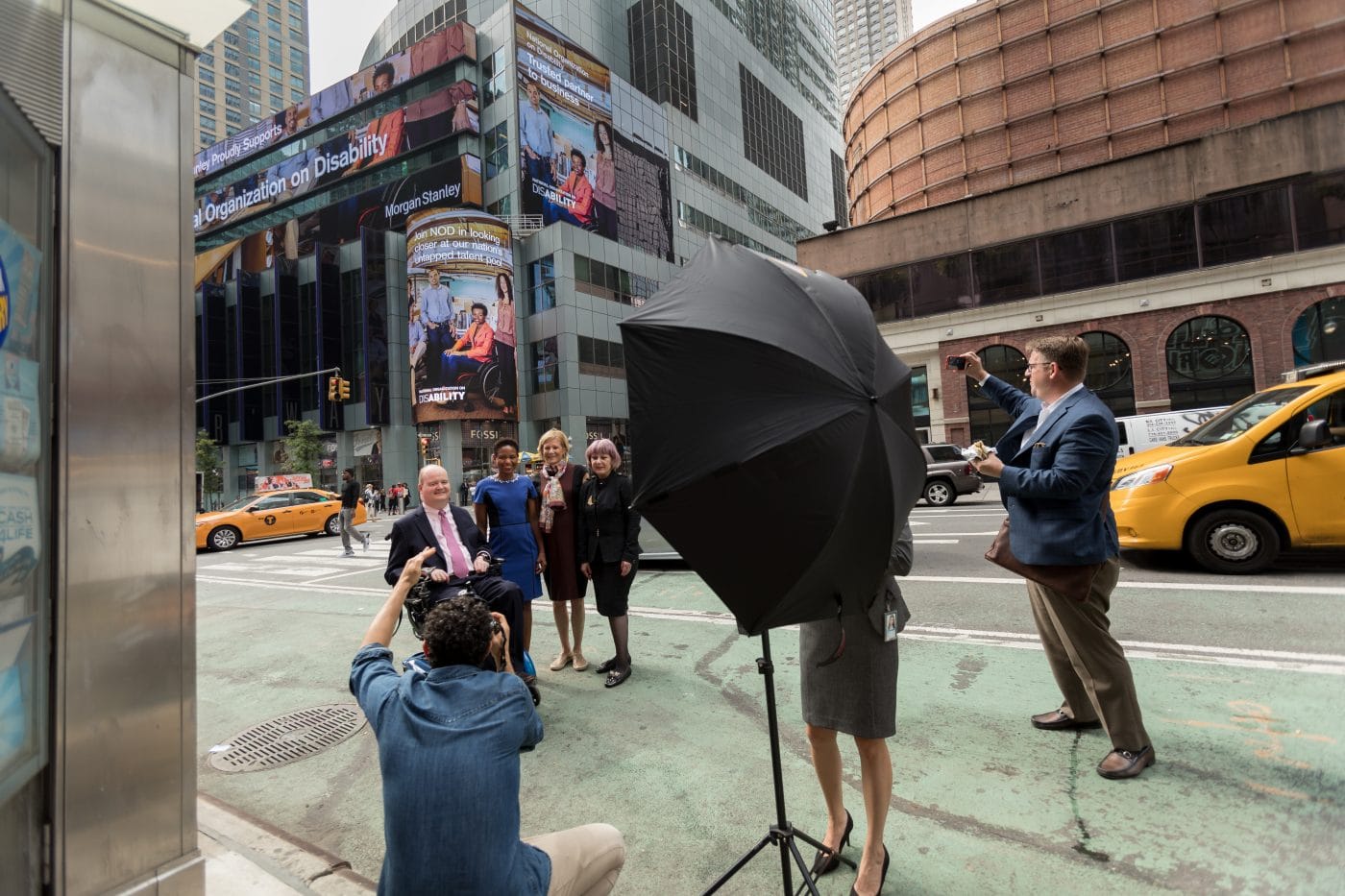 Veteran Hollywood actor Robert David Hall, best known for his role as coroner Dr. Albert Robbins on the popular TV series CSI: Crime Scene Investigation, lends his voice to the campaign. Hall, a burn survivor and longtime NOD board member, said: “The car accident that took both my legs didn’t take away my abilities, nor my spirit or my creativity. I knew that I could contribute in a meaningful way, and so can 56 million Americans with disabilities. I see no reason why talented, hardworking people, who are viewed as ‘different’ should be kept out of the entertainment industry – or any industry for that matter. I am proud to lend my voice to the ‘Look Closer’ campaign.”

Learn how you and your company can look closer and increase employment for people with disabilities.