How Senate Race Can Make Historic Mark for People with Disabilities | Blog by Carol Glazer, President 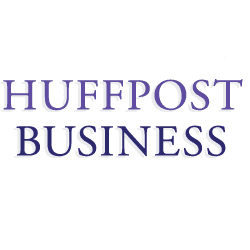 Did you hear who won the election in Illinois this week? No, not that election. I’m talking about the election for United States Senate. Representative Tammy Duckworth won Illinois’ Democratic Senate primary. She represents Chicago’s northwest suburbs and had been expected to easily defeat her opponent. She will face incumbent, Senator Mark Kirk, in the general election in November.

What has me particularly intrigued about the Illinois senate race is that it will pit – perhaps for the first time in U.S. political history – two people with severe disabilities who are choosing to speak openly about their disability and how it shapes their lives and policy agendas.

Rep. Duckworth is the first female veteran with a disability to serve in Congress. She lost both legs during the Iraq War when the Blackhawk helicopter she was piloting was shot down. Sen. Kirk continues to recover from a massive stroke in 2012. Both Duckworth and Kirk speak candidly about their disabilities and showcase their stories in campaign materials.