Carol Glazer, National Organization on Disability president, joined The Business of Giving host Denver Frederick for an in-depth discussion about employment of people with disabilities—and how NOD partners with leading employers and philanthropic institutions to create disability inclusion programs.

National Organization on Disability joined DiversityInc in celebrating the Top 50 Companies for Diversity. This special event brings together more than 1,000 senior executives from companies that have demonstrated leadership and commitment to diversity and inclusion.

Carol Glazer, NOD president, was on stage to announce the Top 10 Companies for People with Disabilities, all of whom have used NOD’s free tool, the Disability Employment Tracker™, to assess and benchmark their inclusion practices. 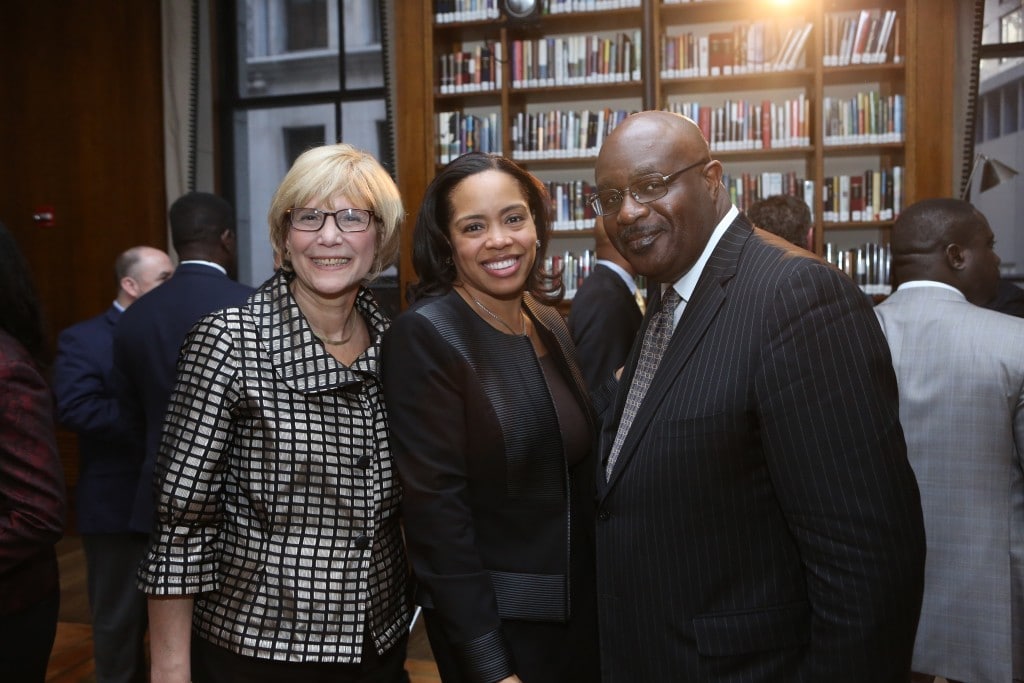 Jason Hamilton is one busy guy.

At 37 he is a full-time mail clerk at EverBank, holds season tickets to Jacksonville Jaguars games, plays poker weekends and is an usher and fraternal service organization member at St. Paul’s Catholic Church in Riverside. Sometimes, he just hangs out with friends, watching sports, going to the movies or out to dinner.

Hamilton also has Down syndrome, which causes cognitive delays and can bring an increased risk for certain medical conditions.

That has not stopped him from getting a job, having a social life or being active in the community.

“I wish everyone, when they see a person with Down syndrome, would see our abilities.” Hamilton said. “We are very capable of anything we put our minds to. If you work hard, your hard work will bring you good things in life.”

Hamilton participated last month in a National Down Syndrome Society panel at the National Press Club in Washington. Moderated by society President Sara Hart Weir, the panel discussed employment opportunities for people with Down syndrome and other disabilities.

Other members were U.S. Rep. Cathy McMorris Rodgers, who has a son with Down syndrome, and Tom Ridge, chairman of the National Organization on Disability, the former governor of Pennsylvania and U.S. Secretary of Homeland Security.

The panel was in conjunction with the society launch of a new employment campaign for people with Down syndrome called “#DSWORKS.” The effort aims to educate the public about how individuals with Down syndrome are employable and should be included in the work force.

The campaign also will encourage corporations and businesses to hire people with Down syndrome and increase their opportunities “to work in meaningful and competitive employment settings,” according to the society.

Nationwide, about 400,000 people have Down syndrome. About 1,500 live in the Jacksonville area, according to Debbie Revels, executive director of the Down Syndrome Association of Jacksonville.

Hamilton said he was honored to be their voice in Washington. He is already their advocate: He is on the board of The Arc Jacksonville, which serves people with intellectual and developmental disabilities, and where his mother Susan Hamilton is vice president of employment. He recently joined the society’s Self Advocates board.

“I have been working since I was 16 and believe everyone with Down syndrome, if they are capable of working and want to work, should be given the chance,” he said.

Hamilton and Revels were selected to participate in the panel because of the “long-term affiliation” between the national society and the Jacksonville organization, Revels said.

“It was absolutely thrilling to have Jason … as a representative of what individuals with Down syndrome can achieve — full employment with benefits and a 401(k) plan,” she said. “Here in Northeast Florida most individuals with Down syndrome are employed nine to 12 hours a week. This is not because of their ability or desire to work. It is because the lack of opportunity for employment.

“The panel brought attention at a national level to the barriers currently existing for individuals with disabilities in regards to employment,” Revels said.

People with Down syndrome in particular tend to make ideal employees, said Nancy Keating, CEO of Challenge Enterprises of North Florida Inc., a Green Cove Springs-based nonprofit that provides programs, services and work opportunities for individuals with disabilities, including Down syndrome.

“If an employer is looking for a dependable, trustworthy, reliable employee, they should consider people to come to them with a heart for the job and who have Down syndrome,” she said. “They want to succeed, they strive to succeed. They have the desire to be independent as we all do and they love to get a paycheck as we all do. They’re really not all that different.”

They love social interaction, she said, and workplaces that include them will see their “environment … change for the better.”

On the society panel, Hamilton talked about his almost 15-year EverBank career. He talked about his duties as a mail clerk, which include sorting and delivering mail, scanning incoming and outgoing FedEx packages and operating folding and postage machines. He also talked about his “big news” of 2015 — receiving a promotion and salary increase.

His bosses give him rave reviews.

When Whitlow first started at the job, Hamilton made a point of asking him if he had any concerns about working with people who have special needs. Whitlow said he did not and that was that.

Another of Jason’s supervisors, mailroom lead Helen Mitchell, said she regarded herself as Jason’s “daytime mother.”

He is also intelligent and “literal-minded,” she said.

“Just explain things on a level he can understand,” Mitchell said.

EverBank is one of about 30 local workplaces that partner with The Arc Jacksonville to employ people with disabilities.

“Diversity and Inclusion are part of our mission, vision and overall strategy,” said Claudia Amlie, chief human resources officer. “We believe that our associates are the driving force behind our growth and success, and we value the diverse backgrounds, perspectives and skills of all our associates. We have partnered with The ARC of Jacksonville in order to continue learning and discovering ways to serve people with intellectual and developmental disabilities. Together, we have great momentum and we look forward to what we can accomplish ahead.”

Hamilton and Revels return to Washington this week for the society’s annual conference and to lobby members of Congress.

He said he hopes his success story can help pave the way for others.

“Sometime the world does not think we are capable of working and I say, ‘Yes we are, just look at me,’” Hamilton said.