“The presenters started scrambling, and I Googled how to do (closed captioning) in Zoom and pasted it in the chat. And when they asked if the meeting should be restarted … I said, ‘In the spirit of inclusion, I think we should restart the meeting,’” said Plaza, who is senior director, research at ASAE Research Foundation.

“They restarted (the presentation), and they asked if someone would do the closed captioning. I volunteered to do it and I reminded everyone several times to face the camera when they speak. … And then another colleague … said, ‘If you get tired, let me know. I’ll take over.’ And it was like a group effort.”

Plaza said the incident involved an outside trainer; ASAE ensures captions are provided for all meetings and presentations.

However, many groups that make accommodations for people with disabilities to attend physical meetings may not think about accessibility for virtual meetings.

“It’s a new space for everyone, especially having to pivot so quickly because of the pandemic,” said Heba Mahmoud, senior manager of diversity initiatives at the Consumer Technology Association.

Before holding a webinar or other video session, Mahmoud advises answering the questions: “Is it accessibility friendly? How do the accessibility features work?”

Reshaping America
Thirty years ago, the Americans with Disabilities Act brought about changes in the workplace and society at large. The law was signed by President George H.W. Bush on July 26, 1990. However, many organizations—including associations—have lagged in their efforts to support both staff and members with disabilities, according to disability advocates and association executives interviewed by CEO Update. The ADA’s anniversary milestone is a good time for associations to step up their efforts, they said.

The association community “has a lot of work to do … because while the ADA has been around for 30 years, it’s still very difficult for disabled people to get into the professional and trade spaces specifically because of predetermined misconceptions about disabled people and about what we can and can’t do,” said Nell Koneczny, who was hired last year as the American Anthropological Association’s first accessibility and meetings coordinator.

One in four American adults is living with a disability, according to the Centers for Disease Control and Prevention. The ADA started removing some of the barriers and discrimination faced by people with disabilities, by requiring elevators and ramps in public transportation and buildings and accessible communication for people who are blind or have low vision or who are deaf or hard of hearing.

The ADA “physically reshaped American communities by opening inaccessible spaces to people with disabilities,” Carol Glazer, president of the National Organization on Disability, said in a statement. And it made “disability a protected class and gave our community recourse within our legal system.”

The ADA also required employers to provide “reasonable accommodation” for a person with disabilities who could do the job.

Shane Feldman, CEO of Innivee Strategies, said word spreads fast among disability communities regarding which organizations support people with disabilities and which ones fall short.

“That influences our decision of whether or not we want to apply or work for them,” said Feldman, who is deaf.

Feldman, who has been executive director of the Registry for Interpreters of the Deaf and COO of the National Association of the Deaf, is a graduate of ASAE’s Diversity Executive Leadership Program. He would like to see more people with disabilities apply for and participate in the two-year educational and mentorship program.

Out of the 207 people who have gone through DELP since the program started in 2000, six have had visual, hearing, mobility or other disabilities, according to ASAE.

“I recognize that we want to celebrate things during the ADA’s 30th anniversary and everything that’s already been accomplished. But as you reflect back, we can do better,” Feldman said.

The ADA’s anniversary presents an opportunity for associations to shift from a compliance mentality and “fear of litigation” to an inclusion mentality, said Emily Harris, an independent consultant for nonprofits.

Harris suggests thinking of disability inclusion as a “learning journey.” Leaders should keep in mind that many disabilities are “invisible,” such as dyslexia, for example. And many people keep disabilities to themselves, she said. Harris said people do not realize she is hard of hearing until they spot the hearing aid behind her ear.

Recommendations for attracting and supporting members and staff with disabilities include:

Speaking up
Plaza, who helped her ASAE colleague with the closed captioning, has a mobility disability that has become more visible in recent years. She tried to hide her disability at times earlier in her career, fearing that potential employers would discriminate against her.

After Plaza registered as a participant for a meeting with NTEN, an association for nonprofit technology professionals, the group’s two-person accessibility team contacted her to ask: “Do you want a scooter at the airport or delivered to you at the hotel? What else can we provide? How can we make this meeting easier for you? We are here to help you in any way we can,’” she said.

“It was a team … of two people that were like, ‘Our job is to make sure that you can get around and have the same experience everybody else does.’”

Plaza said NTEN also offered networking groups in which people could be seated at a table, making it easier for someone with a mobility issue to participate. Although the meeting was ultimately canceled because of COVID-19, “I felt so welcome,” Plaza said.

This article was originally published by CEO Update. 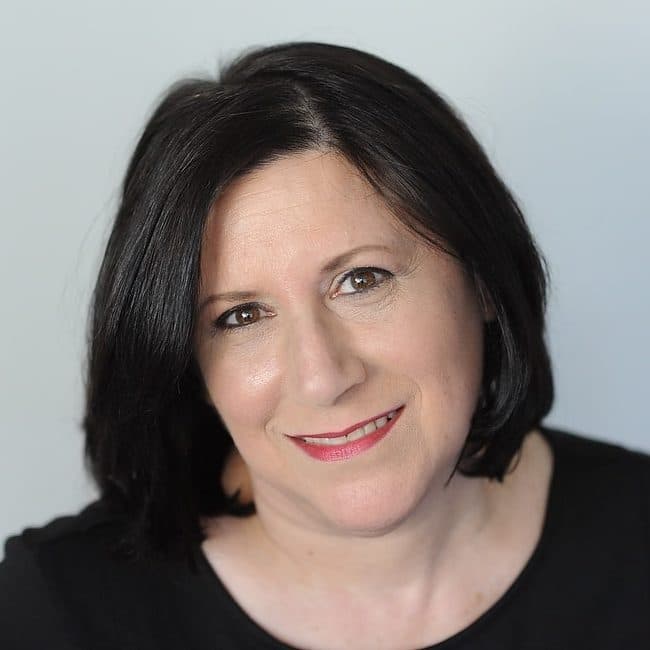 Being a caregiver is incredibly rewarding.

You spend quality time with a loved one. You make a difference in a person’s life, and you have  peace of mind that someone you care about is safe and secure.

As many of us know, however, being a caregiver can be difficult, not leaving the person doing the caring with a lot of time to look after themselves.

My caregiving is sandwiched between my 90-year-old mother and my 29-year old son who has a disability. Each morning, I start my day by checking in on my mother (fortunately she lives in the same apartment complex as me) and then making sure my son is ready for his day. At that point I start my full-time job with the National Organization on Disability.

COVID has changed aspects of my care rituals. Many of my son’s normal activities have either been cancelled or altered. My mother is much more isolated. For me, life is more stressful and I am careful to ensure that I prioritize some self-care.

More than 1 in 6 working Americans care for an elderly or disabled family member, relative or friend. Two-thirds of these caregivers are women and those of us with jobs average 34.7 hours of work a week.

All of those statistics could be significantly altered for the better if more employers allowed their staff to modify work hours when necessary. Many organizations are still rigid about employee time. Only 53 percent of companies offer flexible hours/paid sick days.

This really comes down to a matter of trust: employers need to realize work will get done, it just might not be between the hours of 9 to 5. And flexibility benefits employers — studies show employees who have a flexible schedule take less sick and vacation days, clock shorter breaks and get assignments done more quickly.

Telework provides even more opportunities for flexibility, and now during COVID, when so many of us are home, it is a good time to focus on how we can help caregivers. One way is to know who they are in a workforce. Over 50 percent of employers don’t track data on their employees’ caregiving responsibilities.

Disasters sometimes give us opportunities. I am buoyed during this pandemic that COVID is bringing us back to discussions of what it means to be an employee, of being a parent, of family, of caregiving. I hope even after the crisis passes, we continue to talk about the value of having a lifestyle – and work day — that allows us to care for others.

New York (June 17, 2020) – The National Organization on Disability (NOD) today hosted a webcast for its Corporate Leadership Council members entitled “Building Tomorrow’s Accessible Workplaces”. The webcast provided timely information to more than 500 participants about how accessible technology can create a more diverse and inclusive workplace for employees and customers.

“The pandemic has led to more people working from home than ever before,” said NOD President Carol Glazer. “Companies that use technology to rethink their business operations for the future by fast-tracking digital transformation will be the ones ahead of their competition. Those individuals working with disabilities are the best assets within companies to help them get ahead of the curve.”

Led by an esteemed group of industry experts, the discussion focused on what makes a technologically-advanced, forward-thinking company and addressed accessibility in all its forms. From understanding the difference between providing accommodations for individual employees and ensuring accessibility for a range of users’ needs, to getting buy-in from cross-functional teams including brand marketing, training & development, information security, and talent acquisition, participants learned how to integrate cutting-edge and accessible technology across their organizations.

As we approach the 30th anniversary of the American Disabilities Act on July 26th, NOD and its 50+ Corporate Leadership Council members are ramping up efforts, including holding online gatherings like this webcast, to continue making strides towards disability inclusion in every workplace.